The Pflueger Poprite was manufactured from the mid 1930’s to the mid 1950’s and was available in two sizes a three treble hook 4 inch version and a two treble hook 3 inch version (Series 9500) Catalog describes the Poprite as “This “pop casting” bait is very effective around lilypads and weed beds where the big ones, it is said, are apt to lie. 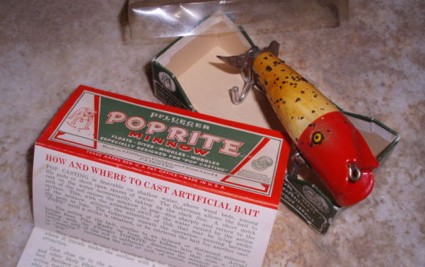 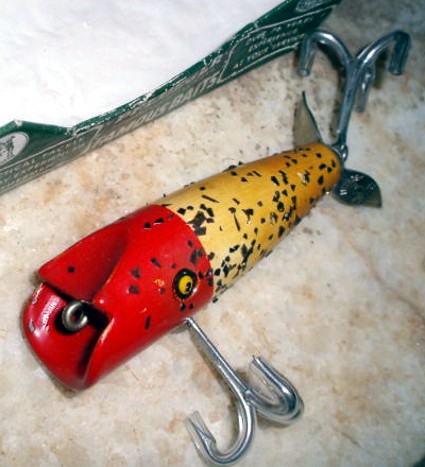