The Shakespeare Sea Witch was first introduced in the mid 1930’s It also came in a 2 3/4 inch smaller version. An early catalog describes the lure as “A weighted underwater bait adapted to fresh and salt water fishing with light tackle. Its action is a life like action of a swimming minnow, swift or slow according to the will of the angler, and is created by short, sharp jerks of the rod while reeling in.”

In great condition with a box these can fetch around $100.00. 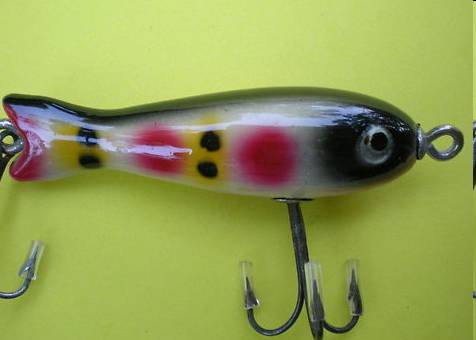 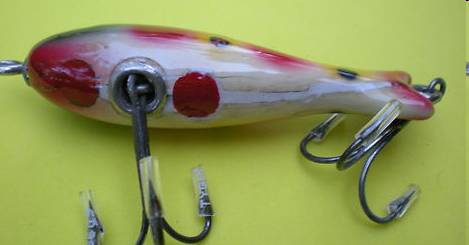