The South Bend Spin-I-Diddee produced until the mid 60’s by South Bend. It was available with treble hooks and sometimes a double hook. It is very similar to the Wee-Nippee but slighlty smaller. (Catalog# 916) Later models were made from plastic. (1/4 ounce)

According to a catalog “The Spin-I-Diddee is a midget replica of the South Bend Nip-I-Diddee which won intantaneous fame becasue of its phenomeonal fishi taking quality’s.” “The Spin-I-Diddee is a high floating lure with free-running spiners fore and aft, has two sets of treble hooks and should be fished close to shore lines and weed beds.” 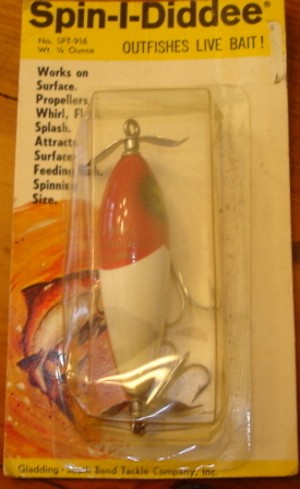 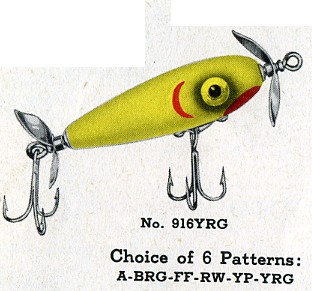